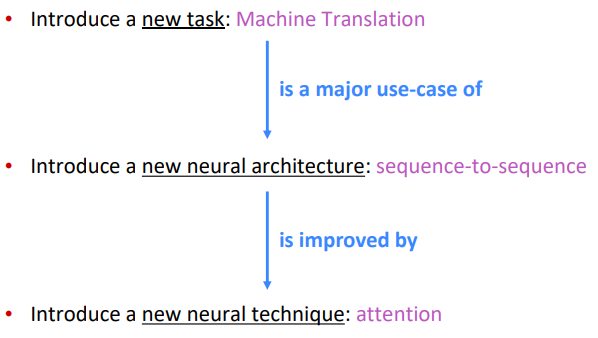 ⇒ The language model we already learnt in prev lectures ⇒ To get the translation model: learn from a lot of parallel data, e.g.large corpus of English doc and French translations and break it down with alignment a :

Examples of alignment: can be without counterparts, or one-to-many, or many-to-one, or many-to-many, 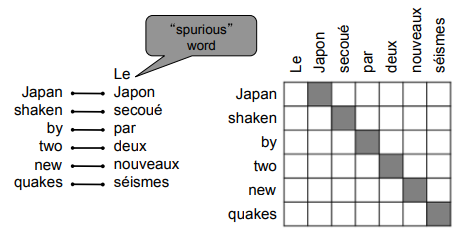 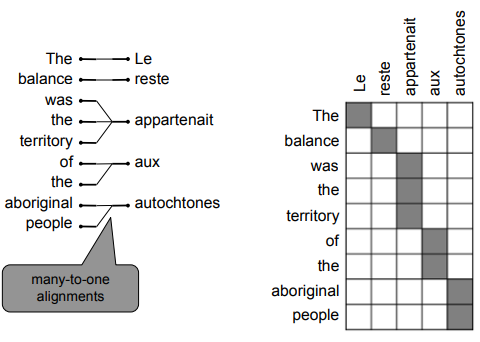 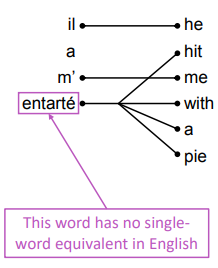 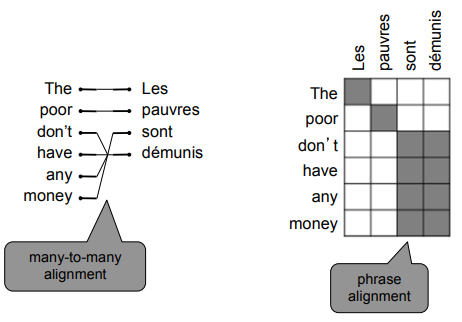 "Decoding": use heuristics to search for argmax sequence 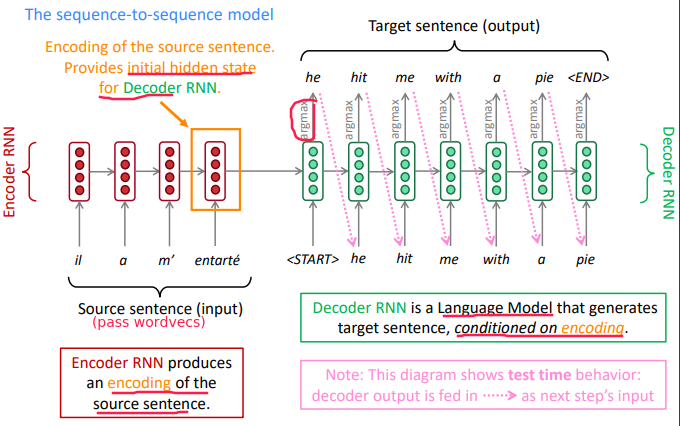 In decoder RNN: instead of taking argmax to gen text, take the neg log prob of the correct translated words. 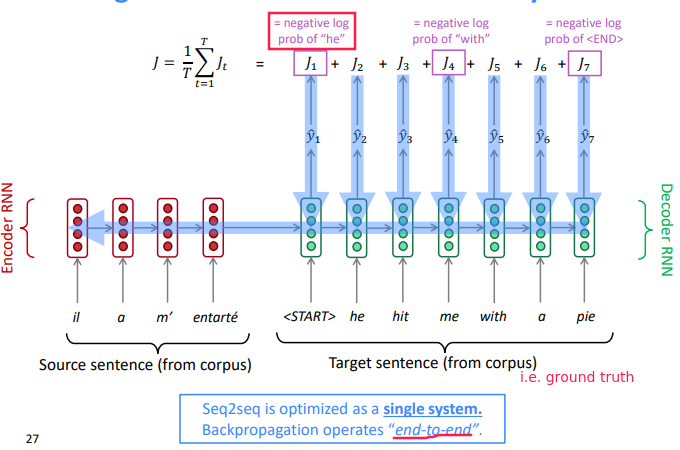 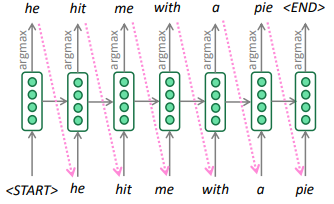 ⇒ the final greedy sentence might not be argmax over all sentences 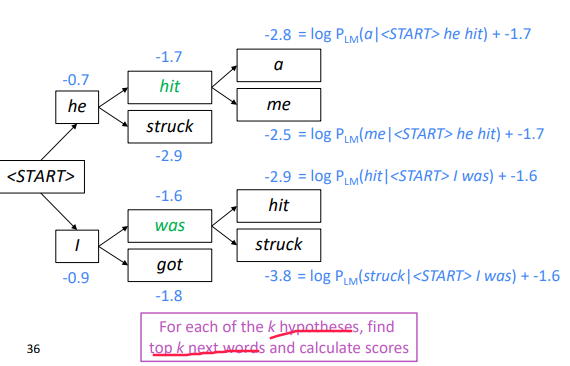 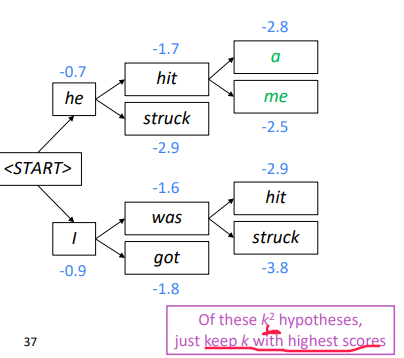 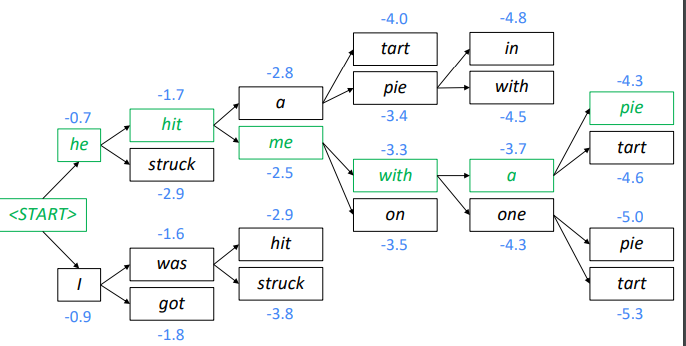 when <END> is produced, that hypothese is complete, continue exploring other hypotheses. 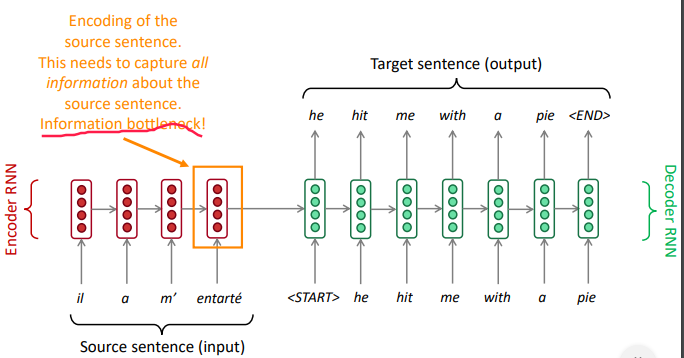 On each step of the decoder, use direct connection to the encoder. Focus on a particular part of the source sequence 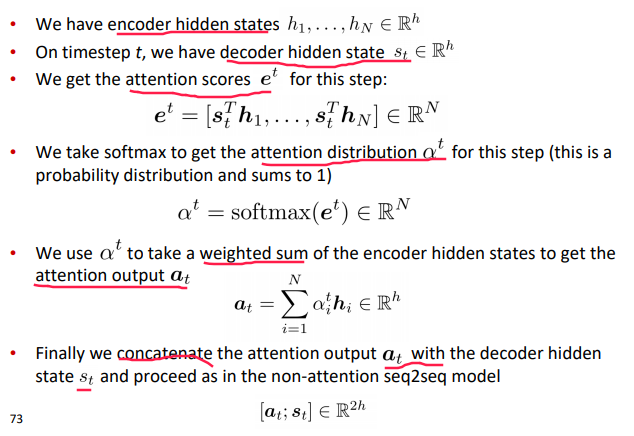 Attention is a general Deep Learning technique You can use attention in many architectures (not just seq2seq) and many tasks (not just MT).

"query attend to the values" 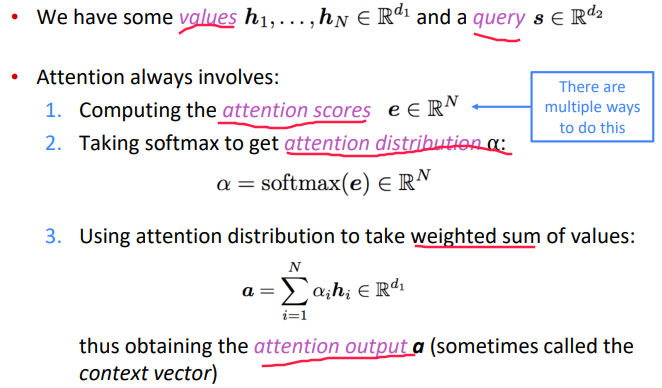 Attention variants on how to compute attention score:

use a bilinear func of query and value-i

the weight matrix is learnable parameter