Different from CFGs, instead of having concepts of NP/PP/etc, dependency structure shows which word depend on which other word. 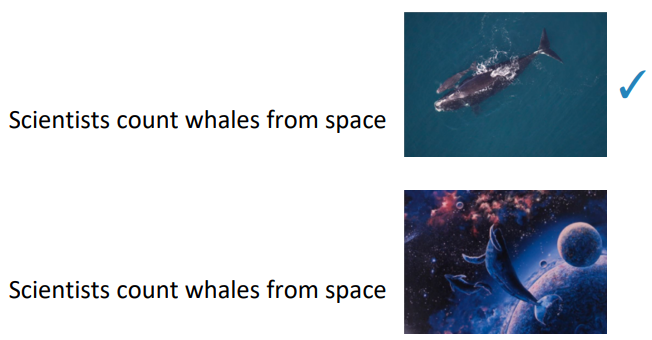 multiplied ambiguities: many PPs in a row 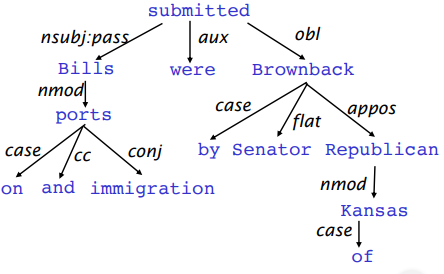 Dep parsing: A sentence is parsed by choosing for each word what other word (including ROOT) is it a dependent of. constraints:

pb: whether arrows can cross (non-projective)

greedy discriminative dependency parser, a seq of bottom up actions. 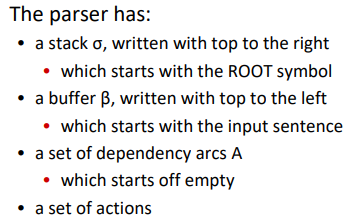 the first item and removes the second item from the stack.

item and removes the first item from the stack. 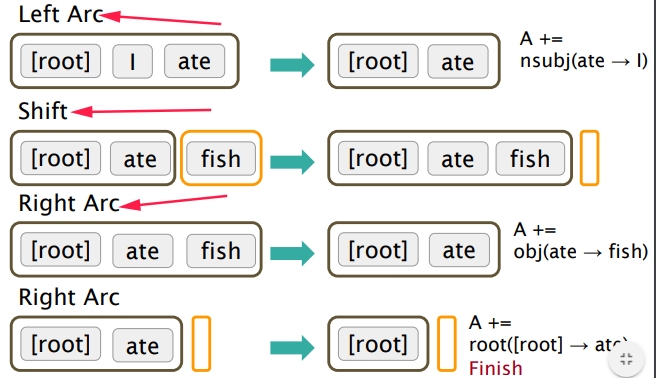 Pb: how to choose the actions (shift/left-arc/right-arc) ? searching all possible actions or DP → cubical complexity❌️ ⇒ use ML to predict actions✔️ 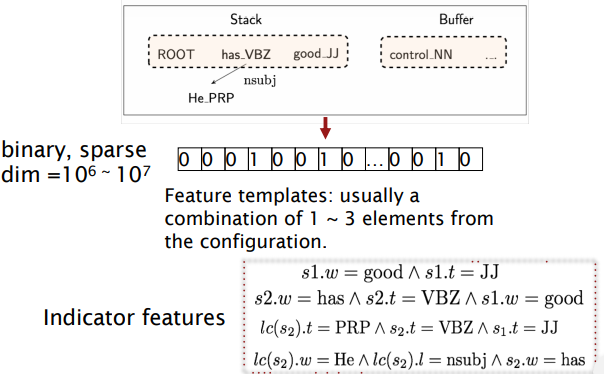 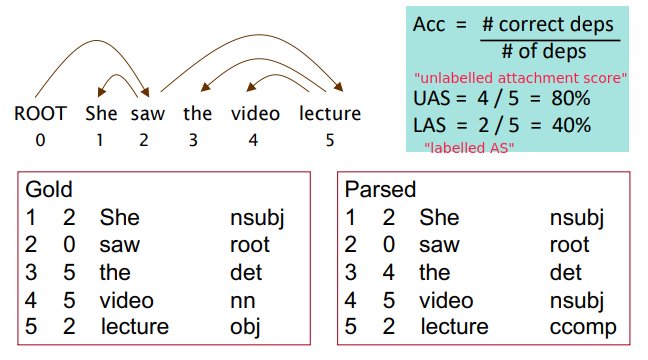 ⇒ concat the embeddings of features, feed into a feed forward NN: 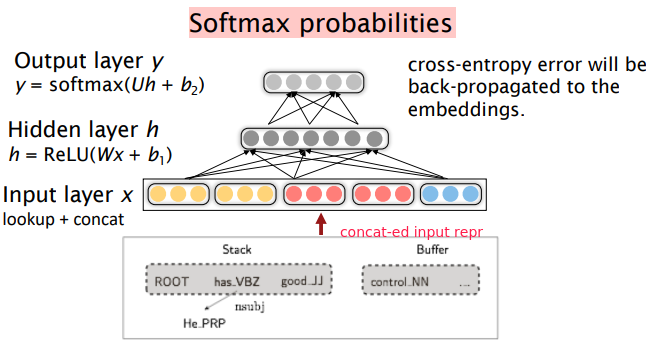